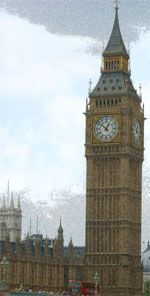 The Lords could be elected by Closed PR plus list. (Plus is for an independent list.) The elected Lords must be different from the Commons. Constituency or regional representation is via the lower house and not necessary for the Upper House. Independent peers could be elected by having Independent' (for a list of independent candidates) as a voting choice alongside the political parties. The campaigning for a Lords election would be minimised if held concurrently with a General Election. Voting (and counting) should be very simple.

Objective  To make an effective elected second chamber, composed of mature experienced individuals with collective experience of all aspects of British life, whose principal task is to improve legislative bills during their passage through parliament into law, and whose secondary task is to scrutinize the actions of the government and act as a watchdog for the rights of the British people, should the Government or lower house appear to act in such a way as to undermine these rights.

This is best achieved by bringing together experienced politicians put forward by their parties with politically independent but experienced individuals to work together to form a judgment on all matters brought to them by the lower chamber, without undue pressures of formal party political allegiance.
Party patronage should be balanced by a strong independent element, and a 15 year tenure (subject to the rules of the house, rather than party patronage.

This could be achieved much as has already been suggested elsewhere as follows.

Each new peer to be elected for three parliamentary terms

One third of vacancies to be elected at each General Election. ie 100 peers per election
(Assumes fixed term 5 year parliaments)

The vetted candidates' credentials would be published and publicised

2 Voters would have an additional Lords' ballot paper with a single vote to choose a party or Independent' (at the same time as they vote in the General Election). Thus each party would win a percentage of the total vote.

3 Based on 100 vacancies, for each party (and independent group) percentage point, one peer would be elected from its list.

Peers should be paid a salary, and expected to be present for an agreed amount of parliamentary time.
Should a peer resign (or be sacked for misdemeanours or non attendance) there would be no by-elections', there would just be fewer peers until the election process appoints new peers.
The parliament act would stand. The primacy of the House of Commons would be acknowledged during of the formation of the new House of Lords.

The role of the House of Lords is to scrutinise and suggest improvements to bills, and to hold the Government to account for its actions. But its powers are limited.


The argument for reform